Important information and updates on COVID-19 for Arizona Visitors. ⟶

Get The Travel guide

5 Arizona Ghost Towns You May Have Never Heard Of

Towns of Arizona's past that paint the picture of what the Copper State was was all about.

Scott Koch is a photographer, hiker, explorer and Arizona native who has spent ample time exploring the backcountry of this state. He is the founder of AZOffRoad.net, which focuses specifically on off-road and four-wheel driving in Arizona.

Chances are you've probably heard people mention Jerome and Bisbee when talking about ghost towns in Arizona. But with their established population and stable tourism flow, they're more "town" than "ghosts."

How to get there: About 6 miles west of Black Canyon City on North I-17.

“She’s a tip-top silver mine,” said prospector Jack Moore to his partner Bill Corning in 1875. The pair set out south from Prescott trying to get to Castle Hot Springs when they stumbled upon some rich minerals. Later, the town quickly shot to a population of about 1,200, and the men were earning up to 1,000 ounces of silver per ton of ore.

Between 1876 and 1884, Tip Top was one of the three most active mining towns in Arizona (the other two being Tombstone and Wickenburg). The town boomed. At its peak in the late 1880s, Tip Top had six saloons, three stores, four restaurants, a school and the first brewery in Arizona.

In 1895, less than a decade later, the town fizzled out. A brief revival attempt was made in 1910, but by the onset of World War I the town was abandoned. Over its life, the town brought in an estimated $4 million. Today, the ruins at Tip Top stretch nearly two miles along Cottonwood Creek. There are dozens of buildings in various states of ruin, an old head frame and several tunnels still left today.

NOTE: As of April 2019, this trail is closed to the public. It, and the surrounding town of Gillette, are now privately owned. Please respect all posted signage and property lines.

How to get there: 10 miles northwest of Sonoita.

Kentucky Camp's story begins in 1874. After finding gold near Greaterville, just a few miles north of the camp, the population surged to more than 500 miners. Migrants from back east named gulches in the area after their respective homes, giving Kentucky Camp its name.

By the 1880s, most of the gold deposits ran out, and the population thinned almost as quickly as it had built up. In 1904, the Santa Rita Water & Mining Company (SRW&MC) built the current buildings at Kentucky Camp but abandoned the camp in 1910 after struggling to stay afloat following the tragic death of its founder in 1905.

In 1989, the U.S. Forest Service took (USFS) ownership of the land. It's since become a popular place for mountain bikers and runners seeking a quiet trail with wide open space.

Visitors can camp on the site with the right permits; however, Kentucky Camp also is unique in that you can rent one of two cabins for $75 a night as part of the USFS program, “Rooms with a View."

How to get there: 30 miles east of Parker.

Swansea is a true ghost town in western Arizona under preservation by the Bureau of Land Management (BLM).

Named after the Welsh hometown of founder George Mitchell, Swansea's serious mining operations began in the mid-1880s. By 1909, a post office was established and the town swelled to a population of 750. Just a year later, the first railroad arrived from Bouse, connecting Swansea to the rest of the world. The town had the normal saloons and restaurants but also featured a car dealership, theater, and an electric light company.

Because of the dry surroundings, water had to be hauled via pipeline almost four miles from the Bill Williams River to the north. Unfortunately, Mitchell overpromoted the town, which led to its quick demise. Swansea was on-and-off until the Great Depression when it finally closed.

Today, dozens of buildings and structures remain to be explored, and it continues to be one of the best ghost towns in the state. 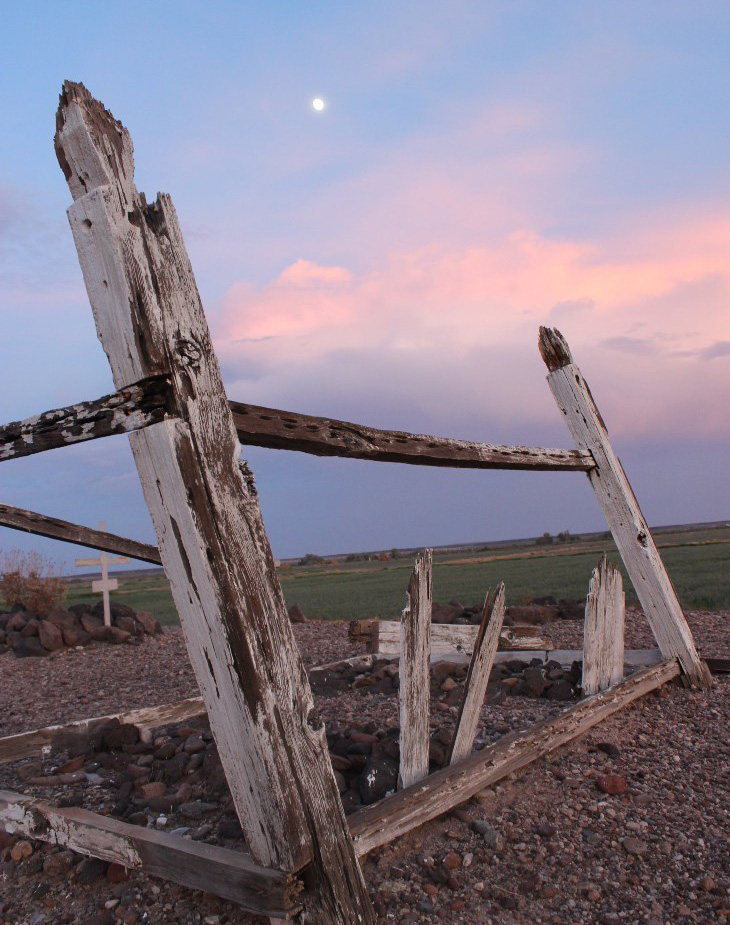 How to get there: 30 miles west from Gila Bend to Sentinel, then 12 miles north.

Unlike typical Arizona ghost towns based around mining, Agua Caliente (“hot water” in Spanish) was built around a natural hot spring and a stagecoach line. The natural hot spring in the area had been used by American Indians and later by travelers along the Butterfield Overland Mail Route in the early 1860s.

Pioneer King S. Woolsey owned the Agua Caliente Ranch. By the year 1897, a 22-room resort was built, complete with a swimming pool fed by the hot springs. Many used the resort for its healing properties, but farming in the area ultimately sucked the springs dry.

Visitors to the site now can see the remains of the hotel, several other stone buildings, and the Agua Caliente Pioneer Cemetery.

How to get there: 28 miles northeast of Kingman.

Today, Hackberry is an iconic Route 66 stop for many travelers, but the town originated in 1874 as a silver mining destination.

The initial mining helped to develop the town but the claims quickly played out and the area was reduced to a ghost town. When Route 66 was constructed, the town was revived with several service stations. Bad luck returned when Interstate 40 came along, and the town was once again reduced to almost nothing.

With the re-opening of the Hackberry General Store in 1992 as a Route 66 information center, the town’s population slowly rebounded as did the number of Route 66 travelers. It still retains that “ghost town” charm today.

Our website uses cookies and similar technology to provide a more personalized experience for you. By continuing to use our site, you consent to their use. For more information, please see our updated privacy policy.